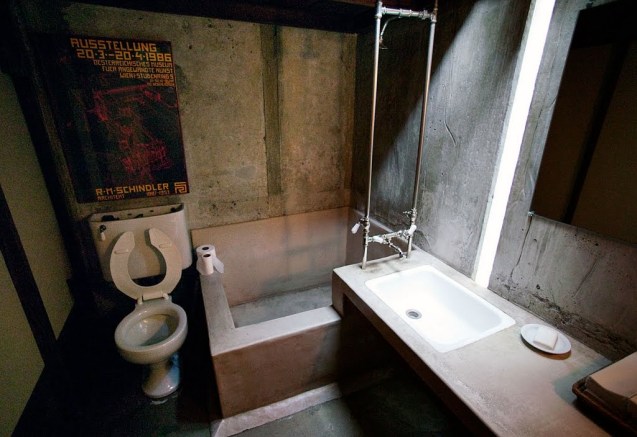 Schindler House & Studio, West Hollywood, CA,  1921-1922, Bathroom. “I shut the door, locked it, and in silence and intensity just stood there – looking around…when (if ever) have I actually been able to use the authentic bathroom and toilet of an historic house museums? “

Johnston-Felton- Hay House, Macon GA, 1855-1859.  During an “Anarchist Guide to Historic House Museum” workshop at the Haye house, the group was allowed to roam freely, open all doors, closets and ask questions as needed.  Interestingly someone found this toilet room at the top of the main stair hall  and asked a question-  Awkward Silence.  The Executive Director proceeded to tell us the story that the very obese owner died on this toilet and they had to remove him through the window with great mechanical assistance. I sat down on the toilet and started asking more questions! This became one of the highlights of the workshop.

Greenbelt Museum’s Historic House, Greenbelt, MD, 1936-1952 WPA planned community housing.  On a recent trip to the WPA Greenbelt Historic House Museums, I once again was allowed to actually use the historic house’s bathroom.  Not only that – I could weigh myself on the vintage scale.  The scale of this room and its function perfectly manifested how a notion of habitation can pull in a visitor and compel them to ask for more information. This house was fully interactive and completely engaging. 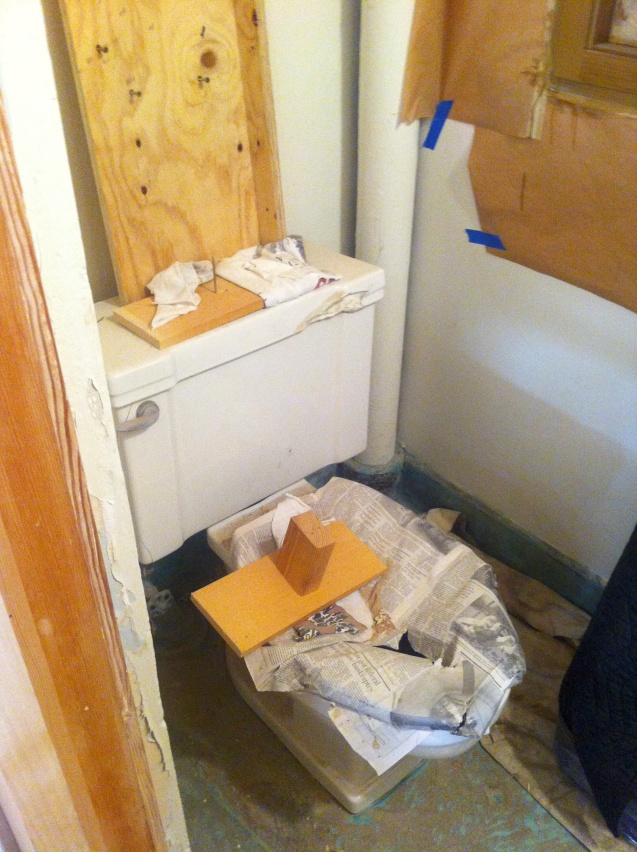 3 thoughts on “How Rudolph Schindler’s bathroom changed my life”